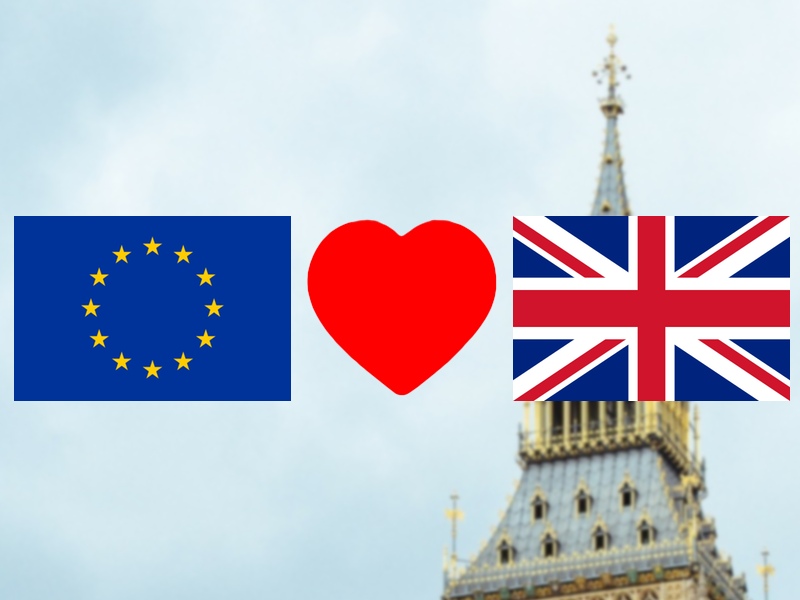 On 23 June 2016 a referendum on whether the United Kingdom will leave or stay in the European Union will take place. Most of the top politicians hope that this vote will end with a „no“. They hope that it will be nothing more than a great shock – to the economy. Because that’s what matters these days. Or, to be more precise, what seems to matter. However, this should not the primary focus for everyone. This is not the reason why so many people in the United Kingdom actually do want this referendum on Brexit. Economy is not the primary reason why UKIP in the UK or Front National in France or the AfD in Germany – to name some of the biggest – do experience such a great success.

The reason why nationalist parties and movements are so successful is fear. Fear of the future. Fear of the unknown. The neoliberal political establishments answer is a clear one: economy is in danger! They get fearful, too, but it is another kind of fear. So their strategy is transporting their fear to their supporters. They try to withhold them – with fear. They do not even try to give people new hope and confidence for the future.

So far the situation in Great Britain. But what does it look like in the rest of the European Union? It seems like politicians either have given up or do not really care. If one asks them about it, he or she mostly gets answers like „Brexit will come for sure“ or „it’s their decision“. Which strengthens my assumption from before.

But why is that the case? Well, it turns out that the current generation of politicians (and also the dominating part of society) actually doesn’t have any emotional connection to the European Union. They are neither the ones who built it up, like the generation before was, nor are they the ones who either experienced or actually experience all of those great benefits like ERASMUS or COMENIUS which I participated when I was in school. They grew up in a „gap“ of generations where they could watch how unity was built up but also could not really benefit from it. This leads them to a mindset where this great construct of solidarity becomes nothing more than a money machine.

But we are different. Our generation – the next generation to rule these countries – we suffer from those people destroying this carefully built Union. We suffer from everything falling apart and we suffer from everything being seen as nothing more than a way to make money. We have a strong feeling that people belong together. And we want to hold on to that. But it seems that most of them won’t let us. It seems that the current generation wants to tear our bonds apart. Let it be out of ignorance or of envy.

To us this union is more than economy. It’s about culture. It’s about love. It’s about the feeling that you get when you are on an exchange and you stand in a classroom full of people from all of those countries and are able to tell them your story. It is about feelings. We all know that and yet nobody is going on the streets shouting out loudly: „We love you Great Britain! Please stay with us!“

Demonstrations for things or ideas that we like do not occur quite often. I would like to request every single one of you to tell the currently dominating generation what all that is like. Let us show them how important that unity is to us. If we – their children – are sure and confident about it, they will understand. I’m sure that we can make an impact on that referendum that is much greater than the fear on which everything is based right now. I’m sure that we can lend much more weight to the whole unity. Our unity. Our European Union.

This website uses cookies to improve your experience while you navigate through the website. Out of these, the cookies that are categorized as necessary are stored on your browser as they are essential for the working of basic functionalities of the website. We also use third-party cookies that help us analyze and understand how you use this website. These cookies will be stored in your browser only with your consent. You also have the option to opt-out of these cookies. But opting out of some of these cookies may affect your browsing experience.
Necessary immer aktiv
Necessary cookies are absolutely essential for the website to function properly. This category only includes cookies that ensures basic functionalities and security features of the website. These cookies do not store any personal information.
Non-necessary
Any cookies that may not be particularly necessary for the website to function and is used specifically to collect user personal data via analytics, ads, other embedded contents are termed as non-necessary cookies. It is mandatory to procure user consent prior to running these cookies on your website.
SPEICHERN & AKZEPTIEREN
Posting....
Lade Kommentare …